How HRMS can solve payroll issues for unionized workplaces

In the ideal unionized workplace, employees should be well-looked after, having two separate teams – the union and the human resources department – both responsible for ensuring their rights and entitlements.

Of course, the reality is often a little more combative than that, with the HR team getting their strategic objectives from management, and the union possibly having its own broader agenda or influences. Still, in that ideal workplace, both sides are working for employee welfare and there are several areas in which union-HR cooperation goes a long way; such as payroll.

The first and most obvious financial consequence of being a union member is the requirement to pay dues. In most unionized workplaces, employees can opt to have their union dues deducted at source from their paycheck, often known as ‘dues checkoff’.

This puts the responsibility for correct dues payment and accounting on the HR or payroll team. In principle, this is a straightforward transaction and yet, as with anything connected to payroll, a simple one-off mistake can be a disaster to the employee whose salary it is.

Pay rates and scales for union members may depend on a variety of factors in addition to which job they do, including the department or team worked for, seniority, and performance. Most unions have particular requirements when it comes to pay scales and in fact, you may find the union would prefer you to have automated payroll processing software implemented.

Contract negotiations, pay increases, and health and retirement benefits – all elements of compensation may be subject to a collective bargaining process between the union negotiators and management representatives. Both sides will naturally be prepared for these negotiations, preparing proposals, rebuttals and counter-proposals. Having an HRMS with sophisticated reporting or analytics capabilities can furnish hard, objective data that can be put on the table and used by both sides, ensuring that negotiations and agreements are based on trusted facts and figures.

One final scenario in which an HRMS or payroll software comes into its own in the partly-unionized workplace. Many businesses employ both union and non-union workers. The twin sets of terms and conditions that can result from the union bargaining only for part of the workforce can prove tricky to keep track of without some kind of HRMS automation and accurate payroll database. 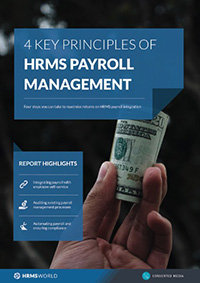