How the US elections could affect your HRMS practices

As Hillary Clinton and Donald Trump have emerged as the likely candidates for the 2016 US presidential election, HR departments across the nation are watching closely as each candidate stands to impact benefits and healthcare regulations in a big way. Are you ready to meet these changes, and how will a new president impact your HR benefits administration practices and HRMS?

This legislation has been studied and discussed and years after its passage it is being debated by the presidential hopefuls. Trump has stated that he would begin the repeal process shortly after taking office as a top priority. All of that work in the HRMS to create the ACA government reports would then become a throwaway. Clinton prefers not to start from scratch but to enhance and improve the Act, so it would be a wait and see game as to how much the HRMS functionality would need to be modified to support her changes.

Recommended reading: find an HRMS with the medical benefits administration functionality you need with our completely up-to-date HRMS vendor guide.

HSAs have been gaining traction in the workplace but they are heavily restricted by the IRS. An employee is only eligible to participate in one if they have a high deductible of at least $1300 or $2600 for families. Trump proposes to extend HSAs to everyone and allow for greater flexibility in spending within a family unit and even allowing the HSA to be distributed to heirs after death, similar to the rest of the estate. By opening HSA participation to all, potentially you’ll need to have more functionality in your HRMS’ medical benefits module to support this area.

Medicare is the government program that provides health coverage to retirees, generally it starts at age 65 unless one qualifies through exceptions such as a disability. Clinton is proposing that Medicare buy-in should be an option for anyone age 50 and up. If that would become the case, a large amount of administrative responsibility in the HRMS of tracking someone’s eligibility, plan chosen, deductions etc., would potentially go away. Companies could see an impact on their insurance buying options, however, if the employee counts are lowered and result in a reduction of a volume discount.

Allowing insurance carriers to sell a product across state lines

Current regulations do not allow insurance carriers to offer cross-state products. The result is that a parent company offers a ‘state-specific’ version of its offerings and in the HRMS you need to configure and track these individual plans, an administrative burden if you are located in many states. Trump proposes to revoke the law to allow anyone to sell the same insurance across any number of states, allowing for greater competition as well as potentially reducing the administration of plans in your HRMS. 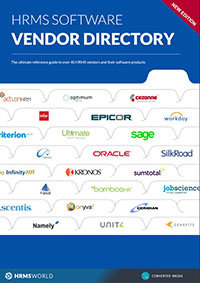