How HRMS can help you comply with ACA reporting requirements

The Affordable Care Act (ACA), informally known as Obamacare, was signed into law in 2010 with additional requirements phased in during later years, including with new ACA reporting requirements in 2016. Is your company ready to comply with the legislation?

Code section 6055 and 6056 involve an employer’s requirement to track individual mandates as well as company-funded plans. Code Sec. 6056 reporting came into full effect in 2016 and requires employers with more than 50 full-time employees to provide information to the IRS about healthcare coverage provided to employees.

This legislation has been implemented in a phased approach to encourage companies to participate sooner rather than later, with 2016 seeing the threshold lowering from 100 plus employees to 50 or more.

Recommended reading: which ACA reporting and benefits administration features should your next HRMS contain? Find out with our HRMS selection checklist

The information contained in your HRMS is the foundation for data required by this legislation. Basic company details such as company name and address are needed along with employee specific data such as the name and address of each employee, social security number and months of healthcare coverage that an employee received.

Other HRMS data elements will be a part of this process. Your HRMS will hold standard weekly hours along with full-time or part-time status. It is relevant to note that the IRS considers anyone with 30 working hours or more per week to be a full-time employee for the purposes of ACA reporting.

Companies have an obligation to report their status of the 6055 and 6066 to the IRS via these two forms with a 1095-C generated for each individual employee showing the healthcare coverage level in place. The IRS has extended the deadlines in 2016 from February and March to March, May and July 2016 depending on if the forms are submitted on paper or electronically.

Where your HRMS processes your W-2 forms electronically it you should strongly consider following the same mechanism as it will allow you to use the latest filing date of June 30.

As the ACA provides penalties for non-compliance, the topic of expats is hotly debated as expats outside of the US are often covered by local country healthcare plans or company offered expat specific plans.

There is additional legislation that further addresses this topic, and US-based employers who used US healthcare plans for expats were exempted from fines prior to Jan 1, 2016 as it was offered as a transitional period for companies to adjust. New regulations are in effect as of 2016 under the Expatriate Health Coverage Clarification Act (EHCCA). This Act provides guidance to companies specifically at it relates to providing expat coverage and reporting it. New requirements are more detailed, an expat must be working outside of the US at least 180 days and provided a certain level of coverage so make sure your HRMS is tracking your expat population and locations as individual circumstances and assignments will now come into effect. 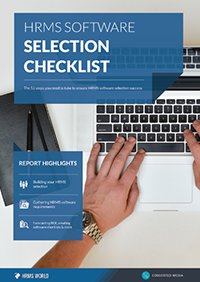